April 5 Photo of the Day: Slovakia 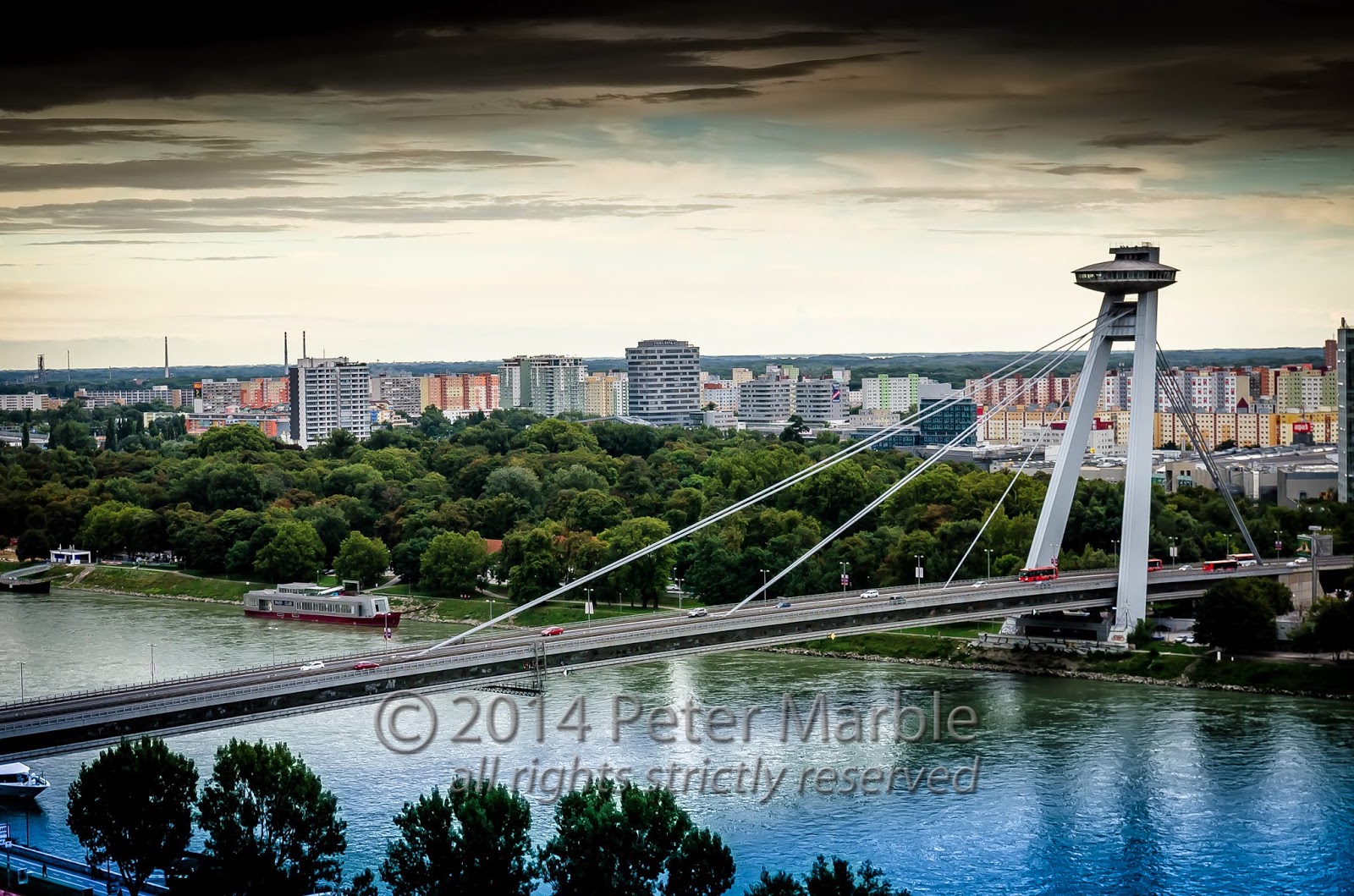 Bridge of the Slovak National Uprising – Bratislava, Slovakia © 2014 Peter Marble September 16, 2013 – After walking across the bridge from the old town, we took the elevator up to the restaurant. When the doors opened we were greeted by a lovely young woman who acted as if we might have been the the first people she had welcomed all day. We paid the entrance fee and then climbed a very creaky interior stairway leading to the top of what is known as the UFO.

Construction of the road that leads to Most Slovenského národného povstania resulted in the destruction of most of the Jewish quarter and a large part of the old town.

This is the companion shot to the March 18 Photo of the Day of Bratislava Castle on the other side of the Danube.