April 18 Photo of the Day: Hungary 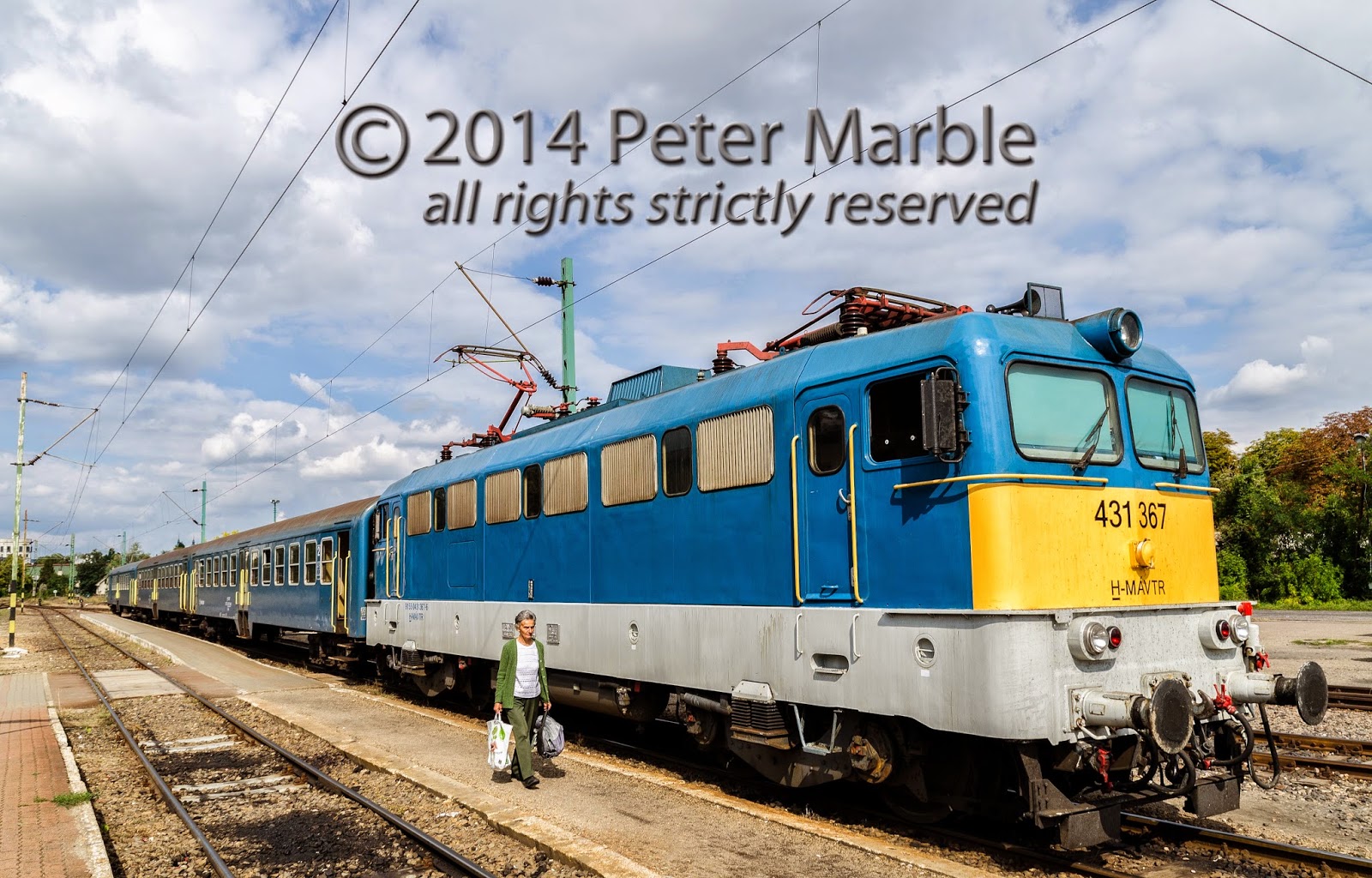 Hungarian regional train – Eger, Hungary © 2014 Peter Marble September 22, 2013 – On our sixth day in Hungary we headed back to Budapest by train.

Our decision to travel by train as much as possible on this trip turned out to be, by and large, a good one.

The regional trains in Hungary are inexpensive, on time and reasonably comfortable, but not especially modern by North American standards.

The EuroCity (EC) trains winding their way through Eastern Europe, although faster, do tend to fall behind schedule as we discovered waiting for EC trains in Slovakia and Romania.

Then there is the challenge of using the online sites, such as MAV-START, the Hungarian site, to pre-book tickets. I'm still waiting to see if they will refund me about $400 CAD from two failed attempts to book a sleeper car from Budapest to Sighisoara, Romania.