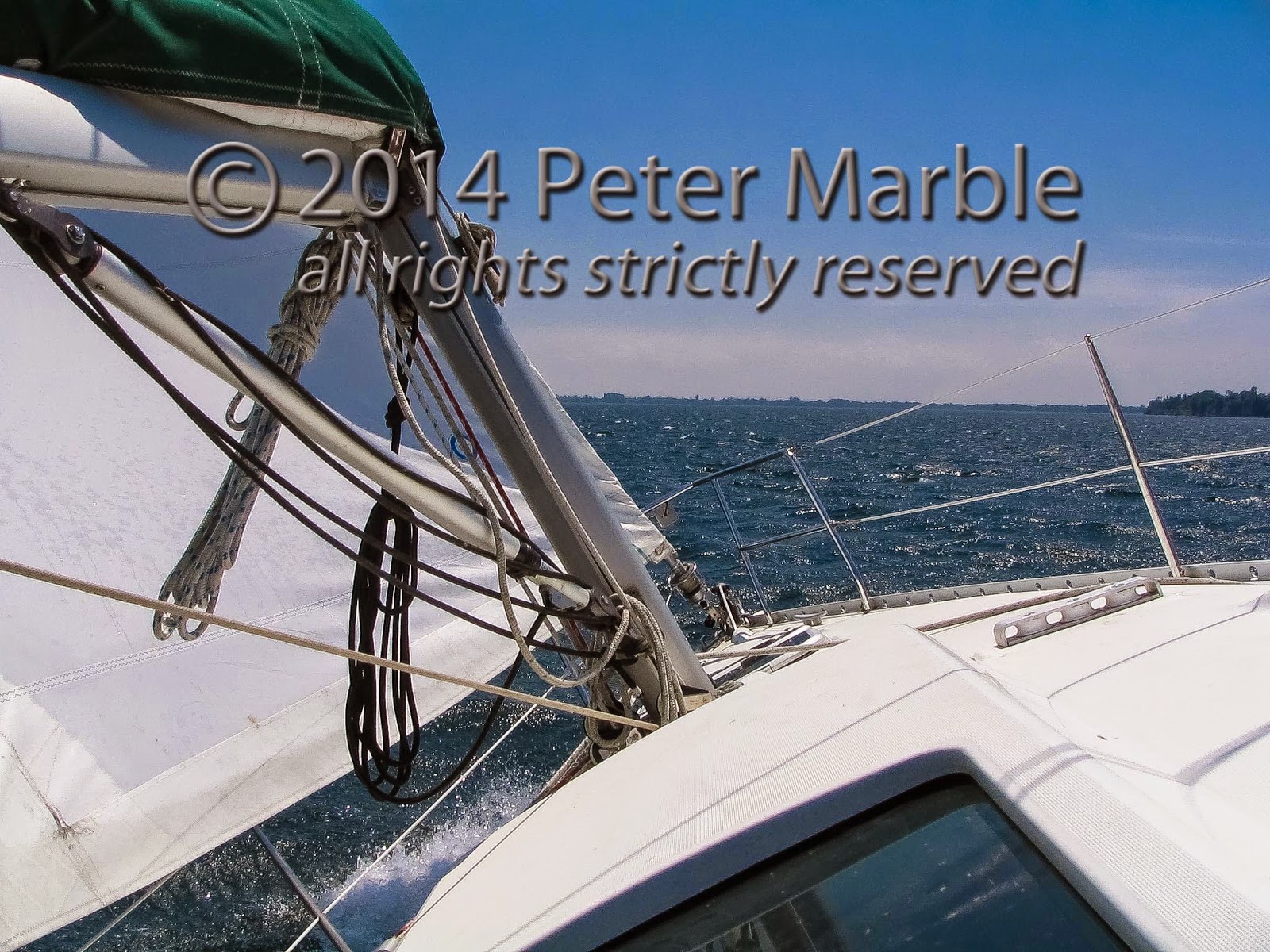 Sailing aboard Wind Chaser, a Beneteau 311, is always a pleasure. However, this year in particular, with gale force winds, was made to order for me. To avoid being overpowered, we sailed with a jib (fore sail) only. Even with that, we had the rails under for most of the afternoon!

On the way back to the marina I noticed a boat that just didn't look quite right. 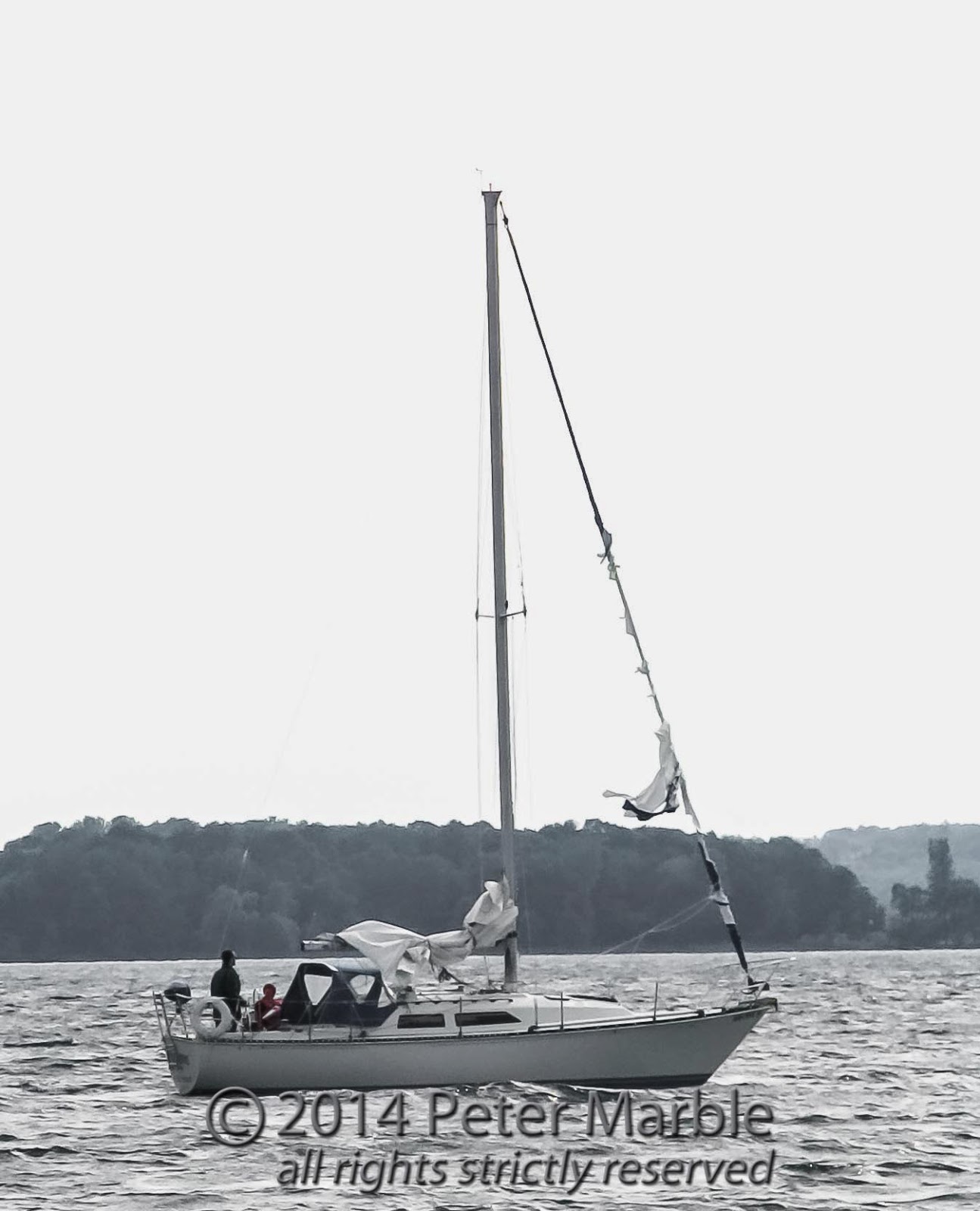 As it turned out, a couple had spent about eight hours on a rental sailboat powering straight into a head wind and heavy seas all the way across Lake Ontario from Henderson Harbor on the New York side. I guess the wind was so strong that the furled jib was absolutely shredded!

I heard later that it was kind of a first date, and as soon as they docked, the lady aboard simply stepped off the boat and never looked back.