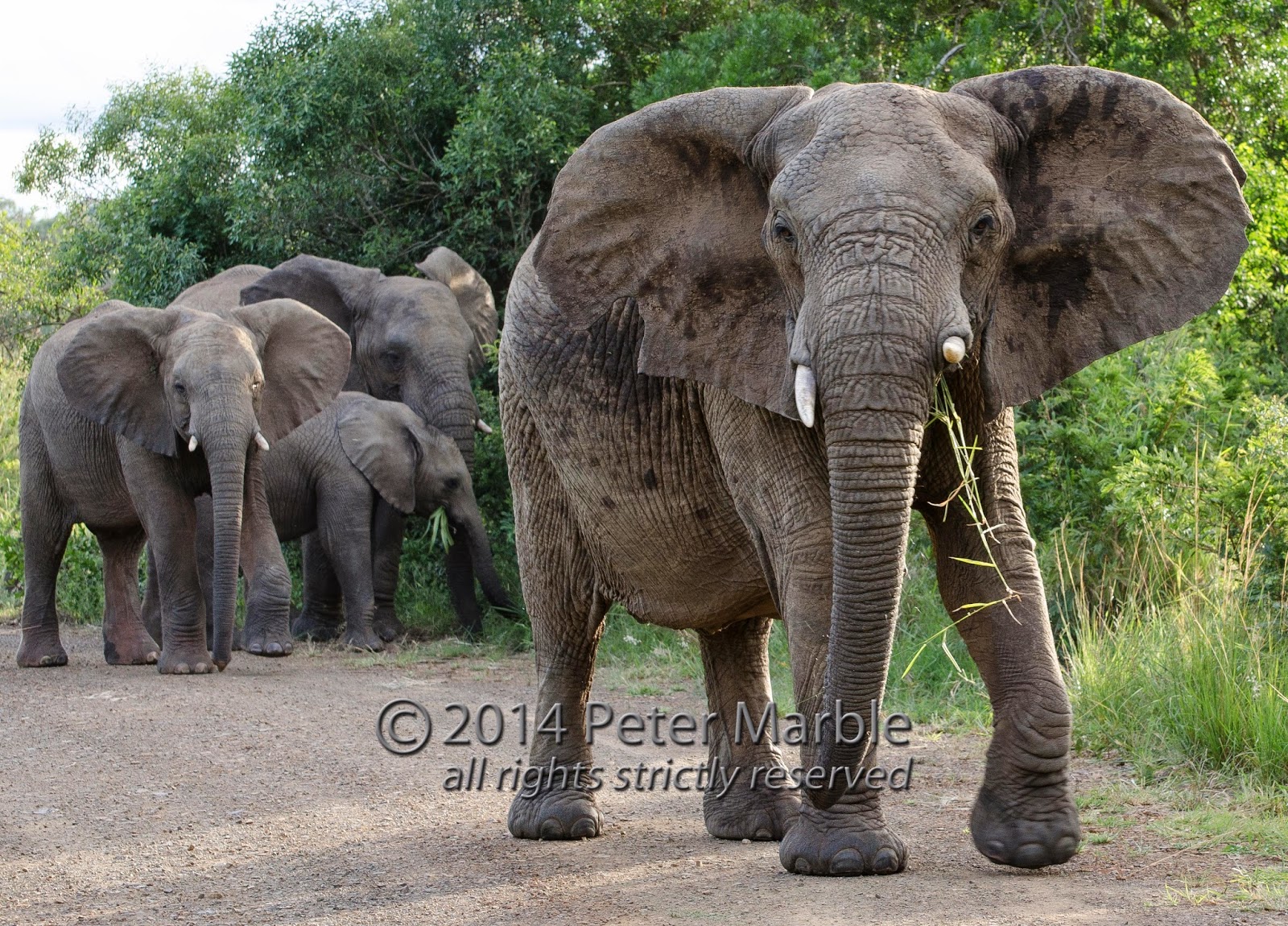 Elephants at Hluhluwe-Imfolozi Park – KwaZulu Natal, South Africa © 2014 Peter Marble February 3, 2012 – The oldest game park in Africa, Hluhluwe-Imfolozi is the only one in KwaZulu Natal with Africa's Big 5 (lion, African elephant, Cape buffalo, rhinoceros and leopard). We were lucky enough to see all but a leopard.

The most exciting part of our evening game drive was when two white rhinos, who didn't take kindly to being startled as they came out of the bush, charged our jeep. We had an experienced driver who thankfully was able to back down a dirt road in the dark slightly faster than the rhinos could run.