May 6 Photo of the Day: Chile 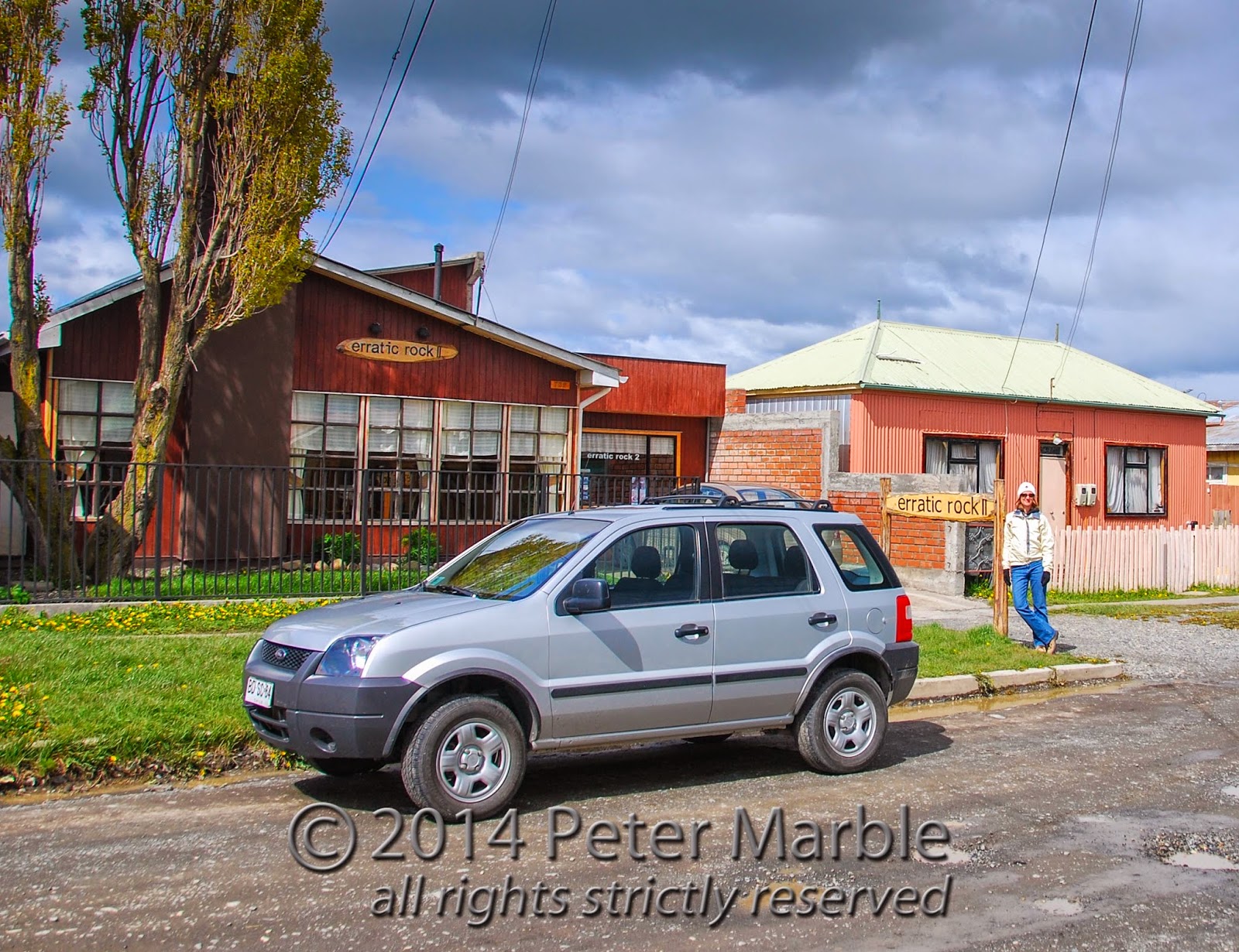 Our trusty Ford Ecosport and Lesa at our hostel – Puerto Natales, Chile © 2014 Peter Marble
November 9, 2008 – The second leg of our 2008 South American trip began with a 2200 km flight due south from Santiago to Punta Arenas. The next day we drove 250 km to Puerto Natales, from which we planned to visit Parque Nacional Torres del Paine.
About an hour into our four-hour plus drive, the fuel gauge was already getting alarmingly low. We were driving into a major headwind, which required that I keep both hands on the wheel at all times just to keep the vehicle on the road.
Eventually we spotted what looked like gas pumps in one of the estâncias we passed, so I pulled in to see if we could score some fuel. Thankfully, even with limited Spanish, we were able to buy a tank of gas.
When we arrived in Puerto Natales, I called the car rental company. The local agent kindly met us at our hostel, the Erratic Rock II, and agreed that the Ford Ecosport had a reputation for crappy fuel economy... You don't say?