March 31 Photo of the Day: Thailand 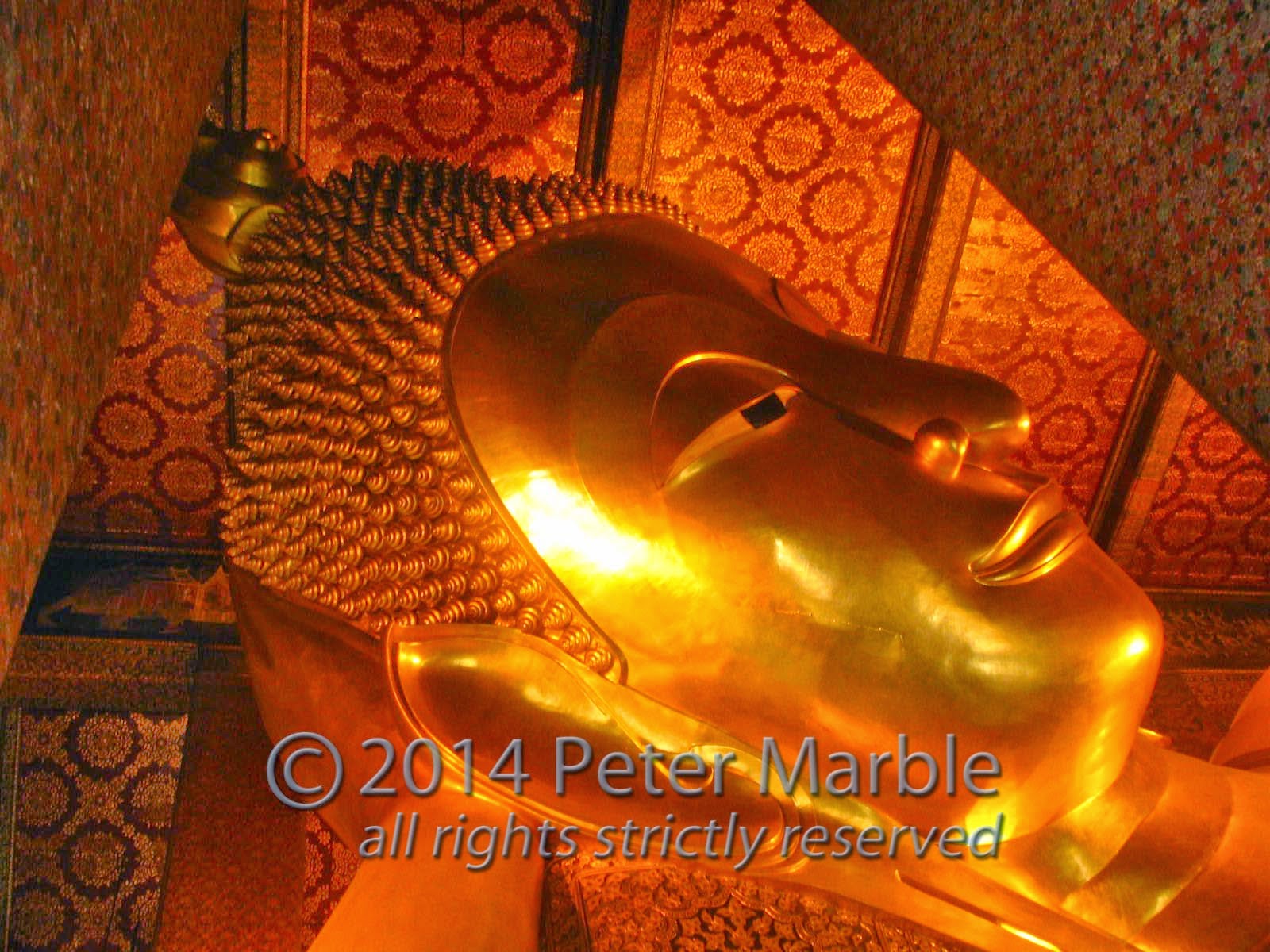 The Reclining Buddha, constructed of plaster over brick and covered in gold leaf, represents the passing of the Buddha into Nirvana after death. What we found most remarkable about the statue is its size – 46m long and 15m high. Unfortunately the building in which it is housed isn't much larger than the Reclining Buddha itself, so it is difficult to get a good overall view of this statue.