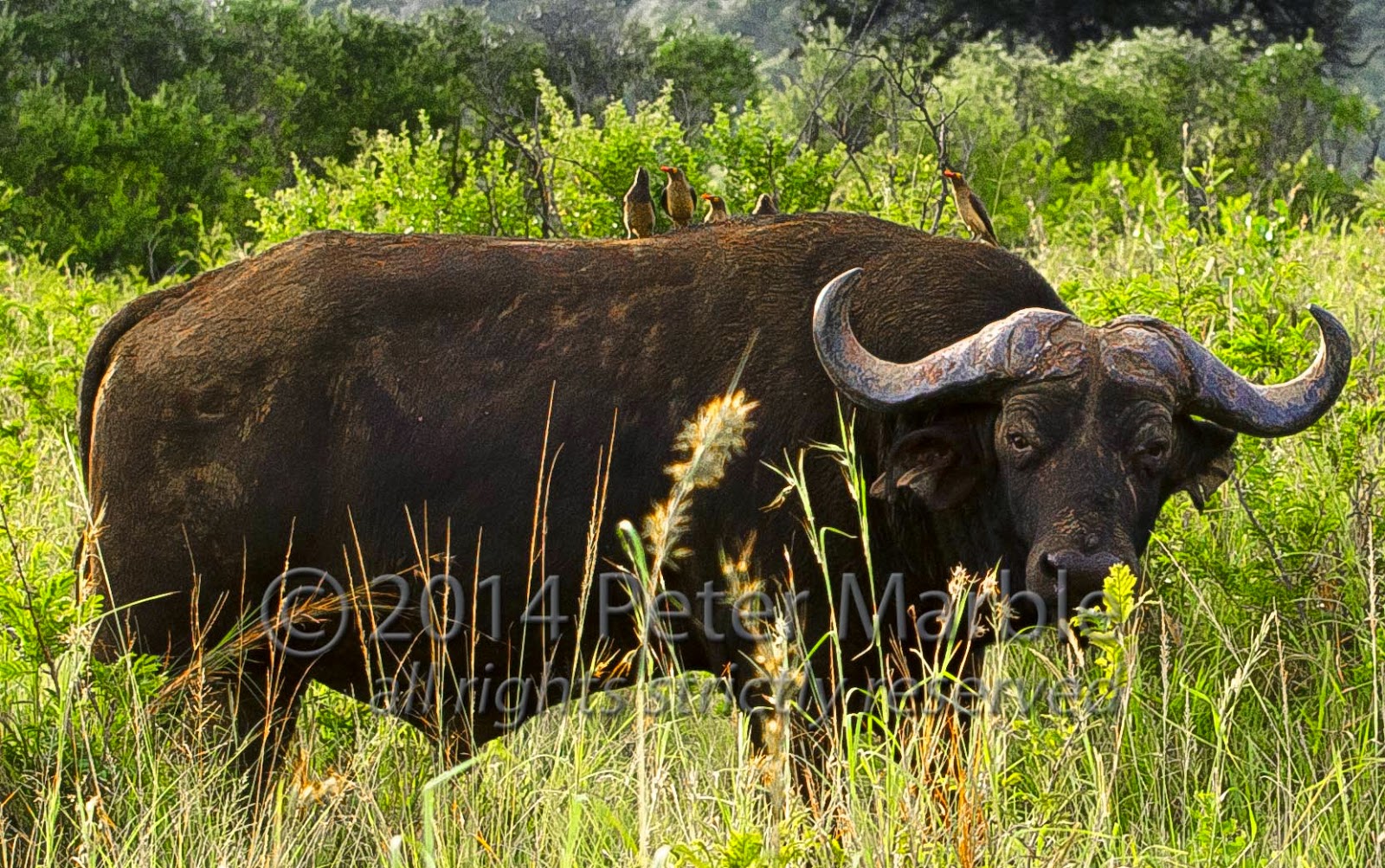 Cape Buffalo at Hluhluwe-Imfolozi Park – KwaZulu Natal, South Africa © 2014 Peter Marble February 3, 2012 – As I mentioned in an earlier post, Hluhluwe-Imfolozi is the oldest game park in Africa and the only one in KwaZulu Natal with Africa's Big 5 (lion, African elephant, Cape buffalo, rhinoceros and leopard).

According to Wikipedia, the African Buffalo, or Cape buffalo, is "highly dangerous to humans" because of its "unpredictable nature". (Apparently birds don't have the same concerns.)

However, Ernest Hemingway apparently figured quite correctly that carrying and using a honking hunting rifle more than evens the playing field. Way to go Ernie!